A trip to Ecuador can include the Amazon, the Andes, the Pacific Coast and the Galapagos Islands in one go.

Due to its location in 0 Latitude and the Andes chain, Ecuador has all the climatic zones of World in Altitudes, from the tropics, to the temperate forest and the perpetual snow above 4000 m. / 13123 ft. of altitude. The subtropical and temperate zones have many pristine forests and many species of endemic birds and mammals. The Andes constitute a huge barrier for species to cross, therefore the Eastern rain forest or Amazonia, has a totally different flora and fauna than the Western rainforest or Coast.

You can easily visit these four biodiverse areas in a single trip to this beautiful country: 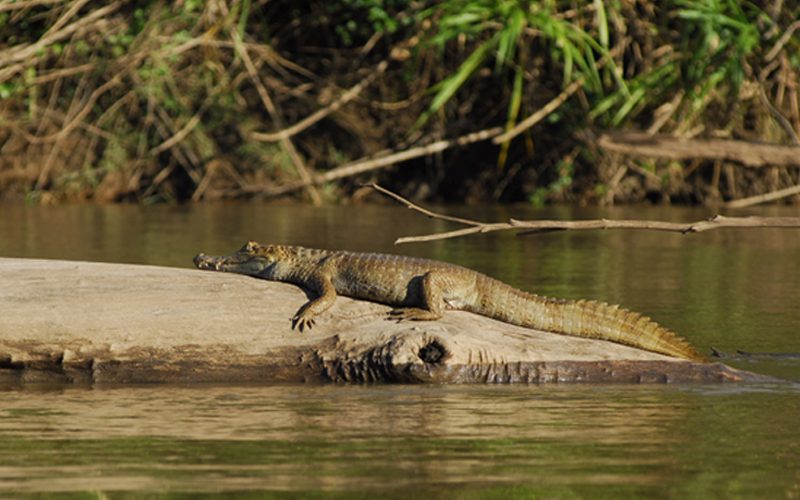 Two thirds of the year the reserve forest is submerged in water. When it is not flooded it looks like a giant dry football field. This unusual occurrence is due to the rainwater that flows from the many rivers down into the reserve, which acts as a lagoon and can be 6 m. to 9 m. / 20 to 30 ft. deep. The reserve is one of the largest in Ecuador, with 6000 square km. of rainforest.

As can be expected there is a large amount of unique marine life found here, like the pink freshwater dolphin, anaconda, turtles, caiman, piranhas, manatee, giant otter and over 450 species of fish. The Reserve also has over 500 birds recorded.

Mindo is located at the west of Quito in a deep valley surrounded by native Andean forest, represented by vegetation of three different life zones: from the low subtropical forest to the cloud mountain forest and the high paramo. It is known for its high bio-diversity of flora and fauna, especially famous for its colorful birds. Ecuador has more species of Hummingbirds than anywhere else in the world. 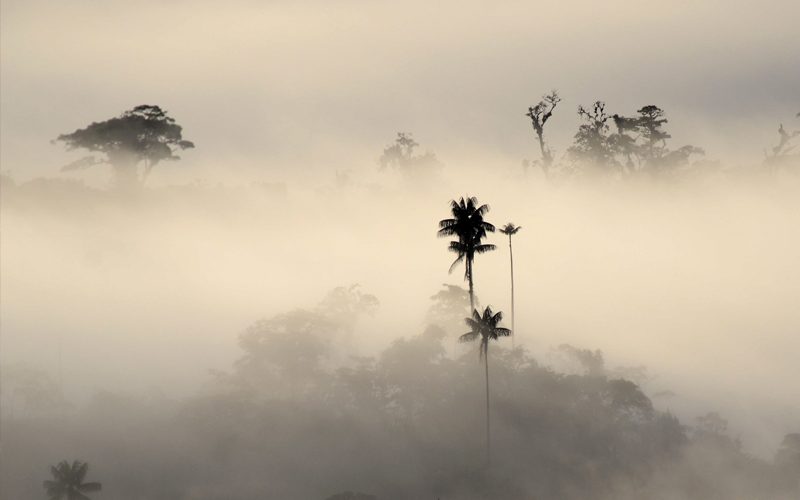 Here you will be able to hike through the cloud forest, see the famous Andean Cock of the Rock, do various zip line routes, or enjoy swimming in the Salguayacu Chico River, to name few of the activities available. 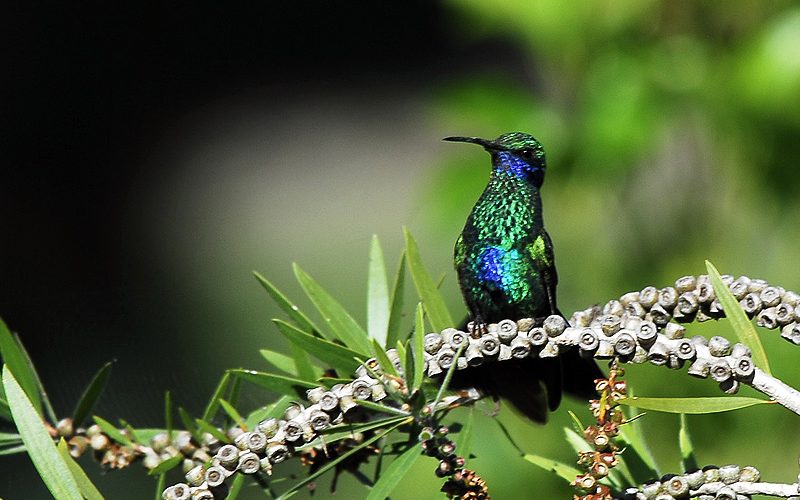 Due to the distance from the mainland and the very productive waters that surround La Plata, it has become a nesting site for blue footed, red footed and masked boobies. Red billed tropic birds also nest along the southern cliffs. Pelicans and magnificent frigate birds nest on the vegetation along the outer slopes of the island. During the months from April to November it is possible to see a small colony Waved Albatrosses. On land there are a number of species of land birds, such as hawks, turkey vultures, finches, mockingbirds and sparrows. There are little lizards all over the place. 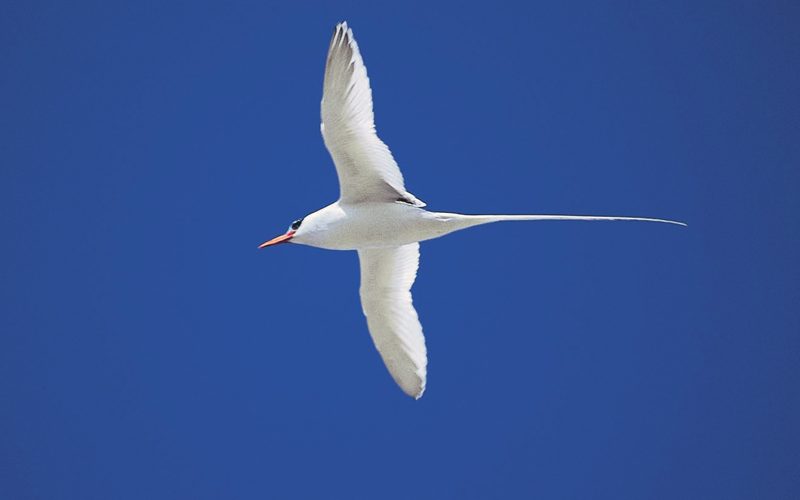 Whale Watching has become the main attraction during the months of July to September. Humpback whales come to reproduce in the surrounding waters. It is common to see them breaching. 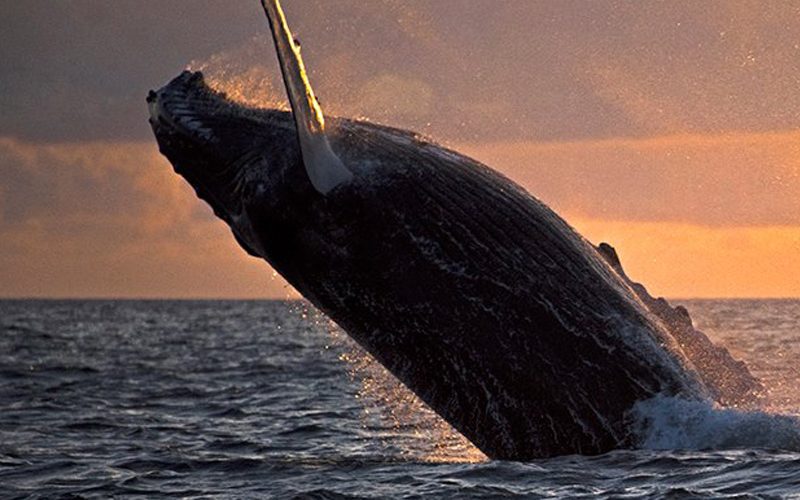 The northern most islets in the Archipelago has been declared a marine sanctuary due to its abundance of marine life and its huge biodiversity. The protected area covers 18000 square mi. / 47000 square km. or about one third of the water around the Galápagos Islands. There one can dive with hundreds of hammer-head sharks, turtles, dolphins, whale sharks and occasionally even Orcas. All dives are full of adrenaline and each one is different. It is probably the best dive site in the World. 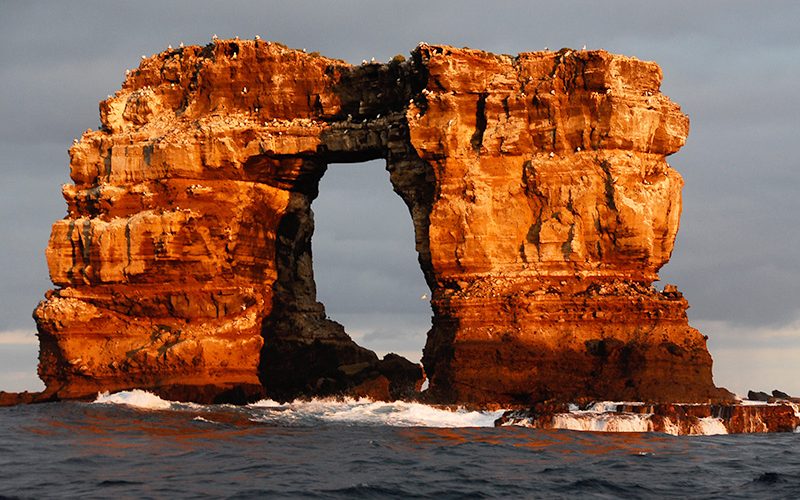 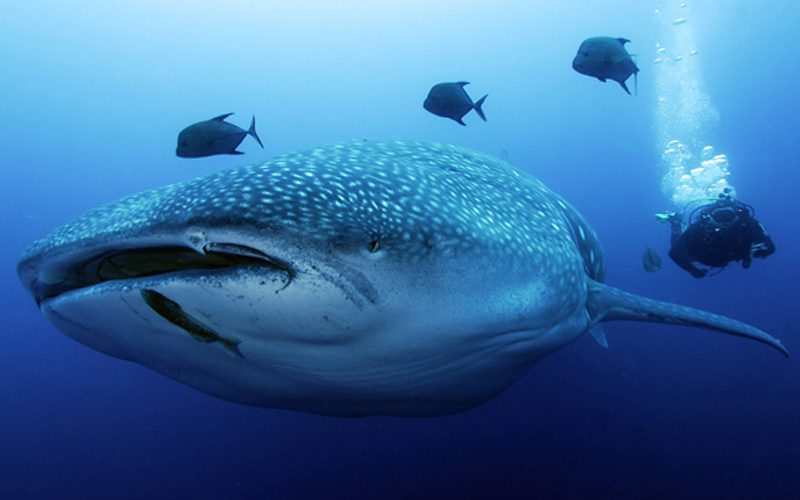 Up: Darwin Arch. Down: Diving with a Whale Shark, Darwin I. Photos by Jonathan Green.

The Island of Wolf is also known because of the presence of the vampire finch. Up on the cliffs there are Nazca boobies nesting. Darwin Finch has adapted to drink their blood as a source of food. 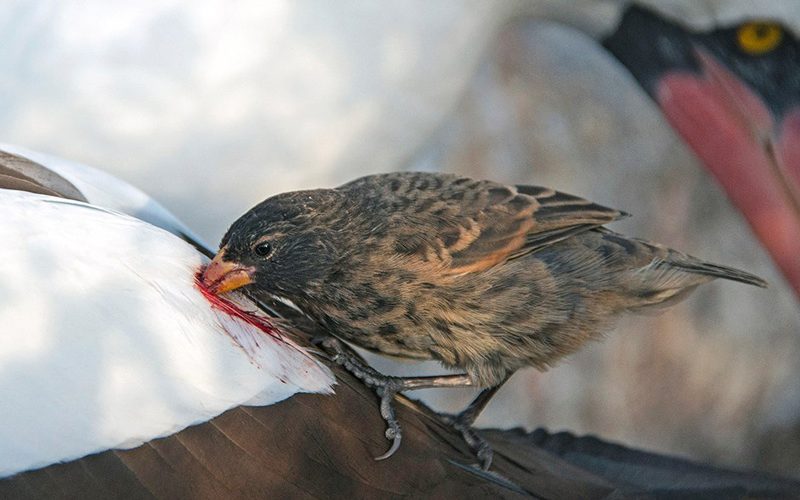 The excellent roads and airports in Ecuador make these four places easily accessible in a short period of time. Imagine the beauty of a trip where you can see colourful hummingbirds in the cloud forest early in the morning, and in the afternoon, a majestic whale breaching his full body out of water in a sunny pacific beach.

< Go Back to Our Blog 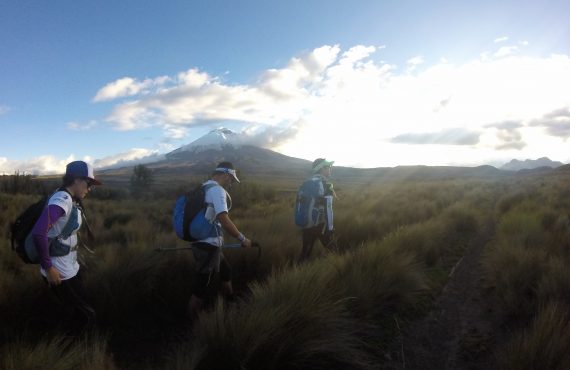 Ecuador is located at the Equator and it is cut through from North to South by the Andes. 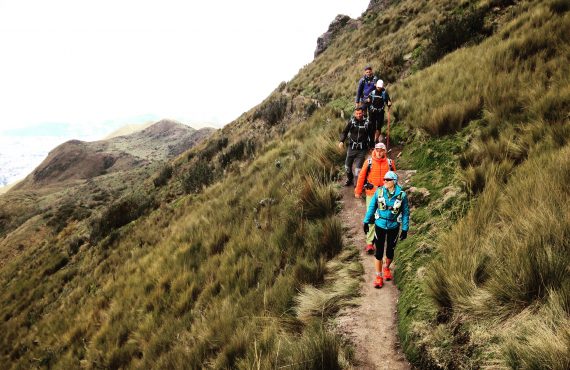 Ecuador is a wonderful destination when it comes to have great views of Volcanoes and striking landscapes. Its biodiversity makes it one of the most interesting places on Earth, 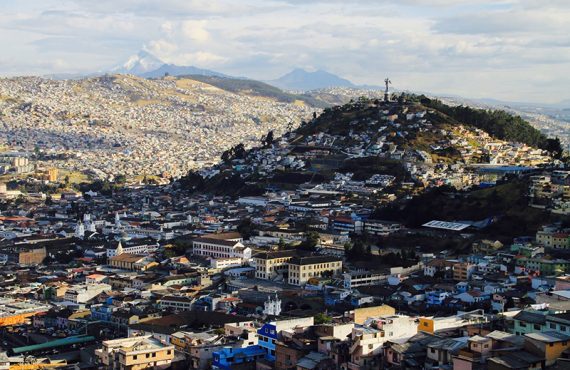 Quito is a unique city near the middle of the world, known as “Light of America” due to its location in the Andes and the mixture of Colonial and modern architecture.

We are a boutique travel agency that organizes tailor made tours to different natural destinations.